There are currently players online. 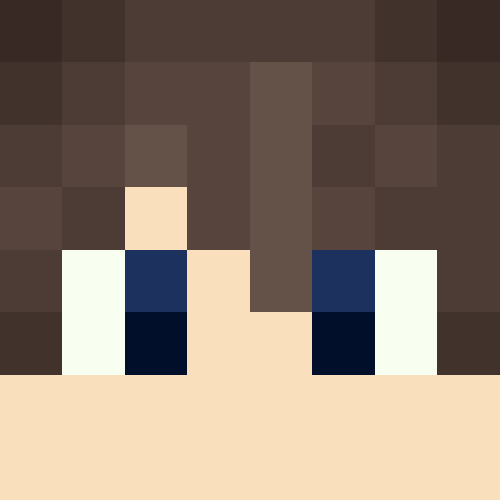 SWEARING
- Insulting other people in a private chat or public chat.

HARASSMENT
- Act of continually pestering, hounding, or asking for favors from a player or staff members.

DISRESPECT
- This is defined as the international usage of words to harm, insult, or cause of discomfort to another player. Play-insulting a friend is allowed within a private chat, but not excessive "joke" unpleasantries in public.

DISCRIMINATION
- This defined as the usage of sexist, racist, homophobic, or otherwise harmful slurs to insult someone or their community.

INAPPROPRIATE DISPLAY
- This applies to usernames, display nicknames, skins, capes, banners, and the like, Inappropriate can range from discriminatory to disrespectful, including symbols and slurs.

IMPERSONATION
- Pretending to take another player's or staff's identity.

MUTE EVASION
- Using methods to communicate with others in-game while muted, such as with item names, tags, sign, books, etc.

WASTING STAFF TIME
- Pretending to hack, joking about killing someone, etc. This includes harassment of staff members in-game or over other platforms, in general, or about a punishment

BUG EXPLOITATION
- Abusing a bug or glitch, before or after telling a staff member is considered cheating and bannable

PHISHING
- This is the practice of sending messages, emails, and the like pretending to be someone reputable, in order to persuade someone to leak important information

DOXING / THREATS OF DOXING
- The search for and publication of private information about an individual on the internet, especially with malicious intent.

DDOSING / THREATS TO HARM THE SERVER
- Threatening to harm to the server - dupe, exploit (force op, etc)
- Defined as a malicious attempt to make a server or network resource unavailable to users - usually by interrupting or suspending the services of an internet host. This can also be done to individuals, and is commonly known as "hitting someone off".

SELLING / PURCHASING ILLEGAL ITEMS
- Using any part of our network as a platform for trading, selling, or purchasing of items that were acquired illegally, or are illegal themself, is strictly prohibited.

SUICIDAL ENCOURAGEMENT
- Telling someone else to kill or harm themself. We have an absolute zero tolerance for players who do so, regardless of if kidding around with friends, as this is extremely intensive and tasteless humor.

THREATS OF HARM OR DEATH
- Similarly to suicidal encouragement, threatening to or hitting at hurting killing a player / a player's family is illegal. Light joking about this among friends can be tolerated.

BOTTING
- Logging in with multiple accounts/bots to perform the same action will result in a permanent ban, due to the sheer amount of damage that multi-account botting can cause to a server.

PROVIDING FALSE INFORMATION
- Attempting to lie or provide false information on appeals and reports will result in double the punishment duration.

ADVERTISEMENT
- The material advertising of quality, goods, and/or services are not directly related to or are competitors of, Estrium, ADvertisements like this solicited or not have, the potential of drawing players away from the network.

RULES CAN CHANGE WITHOUT ANY NOTICE!!!